You made it through the technical pre-requisites, and the briefing. Congratulations. It’s time to fly. You signed up for a Multiplayer flight, and you just finished the briefing. Now you’re about to commit to 3D, loading into the cockpit of your F-16.

What now? Well, here comes the fun part — actually flying the mission. You need to check in with your flight lead on the radio, but first things first. Let’s get the jet ready.

If you are required to “ramp start” or “cold start” this means you begin with the jet turned off. You must power it on, and configure the systems. While this is not strictly required in all Multiplayer flights, some groups, like the Falcon Lounge, will require it. It is highly recommended that you learn the procedure even if you plan on doing Taxi Start MP flights. Learning how to start the F-16 in Falcon BMS will help you better understand the location of many of the jet’s switches, which can be quite useful, particularly during emergencies. After all, if your main UHF radio is knocked out during combat, and you need to swap to the backup UHF controls, you won’t be wanting to pull up the manual just right then to find the CNI switch.

Start the jet as quickly and as efficiently as you can, but always prioritize safety over speed. For your first MP flight particularly, don’t do anything impulsively. The first enemy during the ramp start is the possibility that you can fry the electronics before you even take off. Don’t forget the obvious such as FLCS Reset, Fuel Flow, EGI/INS Alignment, and Air Source. Ensure you do not ignore the signs of a hot start or an engine fire. If you have to kill the engine due to either of these and start over, do it. Don’t worry about how long it takes. Your lead will prefer you have a working jet after a few extra minutes rather than you turning into a fried egg on the parking spot.

Before you get too far in configuring your radios and MFDs, remember to load your data cartridge first. Otherwise, you’ll have to go through all of the configuration all over again when the data cartridge’s settings override your changes.

Once the jet is started and your data cartridge loaded, switch the radios to the pre-briefed presets.1 Usually UHF should be set to preset 2, and if you’re in flight #1 in the package, your VHF preset is 15.2

Different flight groups or flight leads might do the check-in differently. Your flight lead might request a check-in over VHF like this: “Falcon 2, check in on Victor.” Victor is the NATO Phonetical Alphabet code for the letter V, which is how some pilots will refer to the VHF radio.

A newbie mistake is for everyone in Falcon 2 to begin responding at once over the VHF radio. Instead, the proper method is for everyone to answer in order based on slot ordering:

If you’re #4, then this is your turn to get on the radio and simply say, “4”. If #3 hasn’t answered, give it 5 seconds or so, and then answer. You want #3 to have enough time to be a little bit slow on the radio and not get stepped on by you. If you’re #2 and you missed your chance to speak, speak after #4 has spoken.

When your flight lead announces he’s taxiing, then look around outside of the cockpit. He’s somewhere around you. If you’re utterly lost, you can say this over VHF. Even a simple, “4 doesn’t know which F-16 is lead” will get the point across. With the release of version 4.37, now the airbases in the default theater come with charts and parking spot numbers, so you can identify where your flight is parked. When the flight taxis, you’ll want to be in order rolling down the taxiway: 1, 2, 3 and 4.

The majority of the time you’re in the air, you just need to be flying correctly. Even a lot of the navigating is really performed by the flight lead. Everyone else just needs to be in the directed formation or positioning.

Keep your eyes on the lead of your element (he’s #1 if you’re #2, and #3 if you’re #4), and adjust as he adjusts. Use visual references, TACAN, and Data Link as needed and in accordance with the briefing. You should know the position your element lead wants you to be in, and you should be focusing almost all of your efforts to this end. If he tells you to reference a STPT, he’s probably just giving you an informational call precisely because he is about to make to a turn. He doesn’t want you to panic or get lost due to distraction.

Do NOT fly too close or too far. Avoid flying in the dead six of your lead where he can’t see you (unless you’re told to be in trail formation, in which case it’s OK to be behind your lead). In general, you want your flight lead to be able to look in your direction and see you.

Do NOT use afterburner for regular formation flying unless directed by your lead. It should be obvious that afterburner should be used during appropriate maneuvers, such as lofting AMRAAMs or defending against a missile when you’re too slow. If you’re at full MIL power and unable to catch up, let your lead know. Don’t run out of fuel before you get to the target.

If this is a night flight, then flying formation will be much harder. Night vision may be required. Do NOT fly too close to your lead at night. If you’re having trouble seeing him in the darkness, getting closer might be dangerous. Back off if necessary and rely on the data link to help you keep appropriate spacing.

At some point, it is expected that you will be directed to employ weapons. In some cases, you may be required to prepare your weapons in flight prior to getting into the target area. This is likely if you’re carrying weapons like AGM-65 Mavericks that require a spin-up time before they are ready to use. Don’t get lost when you’re fiddling with weapons. Keep flying the correct path.

When you’re cleared to engage, you will be free to stop flying formation. At this point, you need to focus on your task. If you’re in a STRIKE flight, then your job is to drop your ordnance on the target accurately and precisely. If you’re in a CAP flight, you’ll likely need to employ AMRAAMs as your bread-and-butter weapon.

You should know these weapons well. Prior to this flight, you should practice with them in Singleplayer and be consistent enough at using them. If you’re in a SEAD flight, for example, this should not be your first time using a HARM.

At some point — usually after you’ve launched your weapons — you’ll need to rejoin on your lead. This can be tricky for new pilots. Use TACAN and the data link if both are available. If you are in a 1980’s theater, due to the lack of some of these modern tools, your lead may have briefed a rejoin location.

If you’re absolutely lost, you can let your lead know: “2, tumbleweed.” Don’t give up on trying to use some basic navigation skills while you’re waiting to be told what to do. If you flew north to attack the enemy, then flying south would make sense if you’re trying to get away from danger.

If you’ve lost your HUD due to battle damage, try to use the analog displays. If they are knocked out as well, then at least try to get a sense of where north is. Obviously, this does not mean you should stay in a doomed jet; if all is lost, eject.

It’s important to understand certain things about the radios:

Many Falcon BMS Multiplayer communities insist on brevity for these particular reasons. They aren’t just trying to sound cool by using the official code words that NATO uses, but rather, they are trying to streamline the communication so that more information can be compactly shared across the radios in a shorter amount of time. It is used by NATO in real because it works in real life. Falcon BMS MP communities use it, because it also works here in Falcon BMS.

Thankfully, wingmen don’t need to transmit much on the radio. It’s mostly limited to the following on a good day:

Acknowledgement is done by stating your slot number or callsign (depending on who you’re talking to)3. If you’re responding to your lead, your slot number is enough. You do not need to acknowledge informational calls. If your lead tells you, “2, switch sides,” you can respond with, “2” and move over to his other wing.

There are other reasons why you might need to use the radios. If you’re defensive, you should call that over the radio. You should definitely report battle damage to your lead. You also might occasionally have to declare your target with AWACS or GCI if your flight lead didn’t do it for you already. If your lead is about to get smoked by a bandit on his six, he’d appreciate any variant of “1, break (left/right)!”

On the other hand:

Use the approach that the lead determines. A guided, visual approach (ie. “vectors”), overhead, or unrestricted are the usual choices. If the weather is bad, then you’ll need to perform an ILS approach. This will involve following vectors, but also using ILS for additional guidance. This is the hardest of the approaches. Ideally, your first flight will be in good weather.

Ideally, you should be familiar with both the guided visual and overhead approaches first. Learning the ILS approach can be done after learning the guided visual approach. If you’ve successfully done all of these landings before, then you’ll be more confident in a Multiplayer environment. Know ahead of time which approach is expected for your first flight, and you might even have time to practice it beforehand.

Follow the ATC unless your lead directs you to do otherwise. Most of the time, in large Multiplayer missions, there is a significant benefit in following the ATC. The ATC can vector both AI and humans fairly efficiently when all is working well. If some pilots are disrupting the queue by violating airspace, it can definitely make things worse.

Once you’ve touched down on the runway, do NOT exit 3D before parking the jet, shutting it down, and requesting the chocks to be installed. As of the release of 4.37, there is still a chance the AI will take over your flight and drive like a maniac around the airbase. He might even attempt to take off again!

If this is a lot to take in, most of it can be summarized by the following:

1 If you forgot to save your data cartridge in 2D, then you’re going to have the wrong frequencies loaded from the data cartridge when you perform this step.

2 UHF 2 is the default preset for your Departure Airbase’ Ground frequency. VHF presets are 15-19 for flights #1-#5 within a package. If you’re the first flight, your VHF preset is 15. If you’re the second flight, you should be on VHF 16, and so on.

3 If you’re in Hawkeye 5 and you’re in the #4 slot, then your full callsign is Hawkeye 5-4. Hawkeye 5 is your flight’s callsign. To your lead, you can say “4.” If you’re asking GCI for “bogey dope,” then you’ll need to supply your full callsign. Essentially, you must not be ambiguous when you are identifying yourself in a radio transmission. Your lead knows who “4” is, but other flights have their own “4” and won’t know which one is talking to them. If you are, for some reason, allowed to speak for the flight, you can use the flight callsign of “Hawkeye 5,” however, usually flight leads handle this. It is unlikely they would direct a new wingman to speak for the flight. 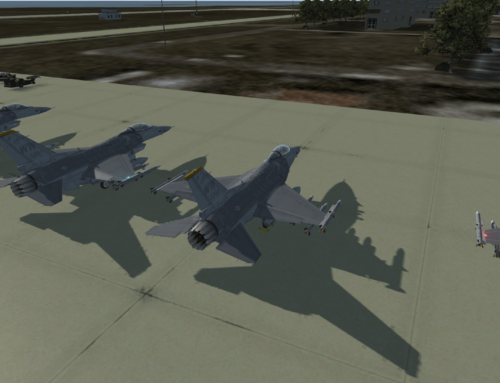 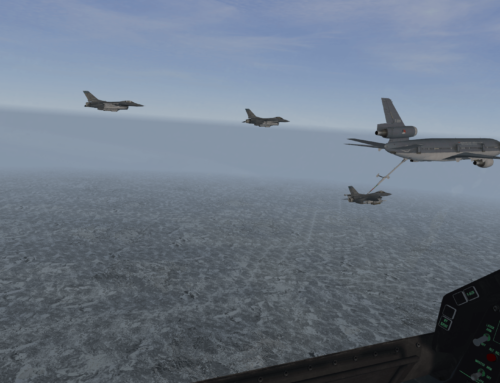 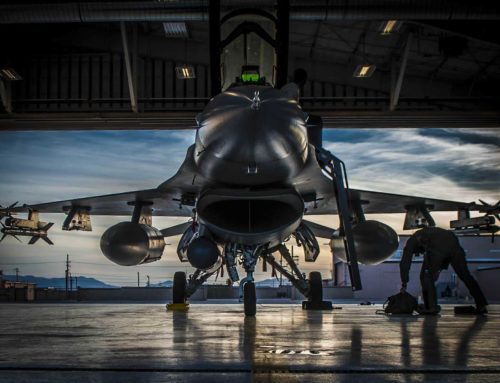 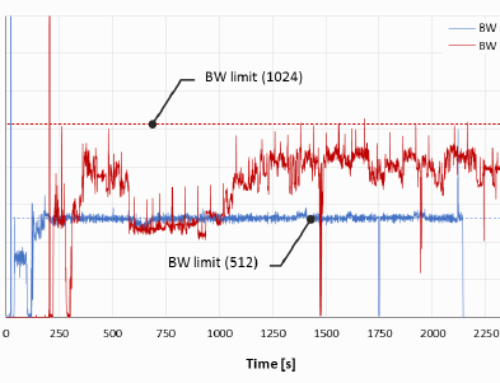 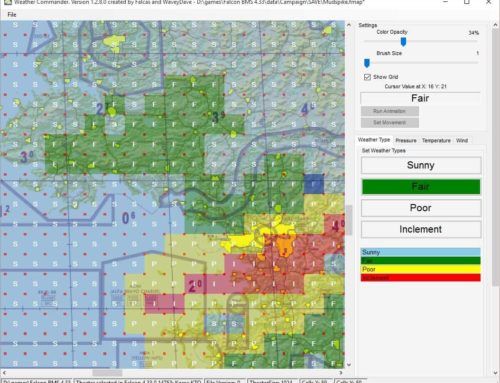